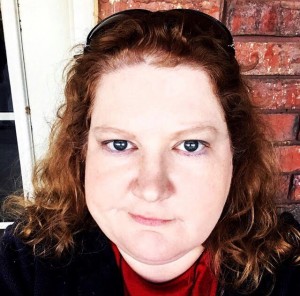 I live in an old farmhouse in central Oklahoma – the first in my town built with indoor plumbing. I’ve got a husband, three kids, three cats, two dogs, and poultry in the backyard. I spent more than a decade working as the editor at the small newspaper before beginning work on my young adult novel, Pairs.

I’m a graduate of Northwestern Oklahoma State University in Alva. I’d like to set a novel there someday – I can already picture the scene that will take place above the theater where the bats live. I’m not knocking it – I love my alma mater. It has character…not flaws.

I’ve had work published in the Tuttle Times, Minco Minstrel, Chickasha Express-Star and other newspapers. I’m not sure of all of them because articles I wrote were regularly submitted to other newspapers owned by our parent company, cnhi. I received numerous awards through the Oklahoma Press Association and Associated Press.

I’ve also been published in Oklahoma Today magazine and in Reader’s Digest.

I homeschool. I try to be all cool and natural green living but I fail a lot. For instance, I put my children in cloth diapers, but we’re as apt to have lunch at McDonald’s as not. I play the clarinet every year in the NWOSU alumni band at homecoming. Somestimes I play the oboe in my kids’ homeschool band. I like acting, but I haven’t been in a show in more than ten years.

Water is my favorite drink. Plain water. At restaurants I pull the lemon out and leave it to dry on the saucer.

My sister Marissa died in late 2009. She was my best friend and we were very close. I am not over it, but writing helps. I don’t think I’ll ever really be “over it.” I’m not sure I want to be. I wish she could have read my manuscripts. She would have liked Pairs.

I am a Christian. I lead the children’s department at my church. I’m trying to read the Bible in a year. Thanks to the YouVersion app, it’s going pretty well. I’ve read it through once before, but it was years ago, when I worked in radio.

My other obsessions (in no particular order):

Past obsessions (whom I look upon with extreme fondness, like an old lover):